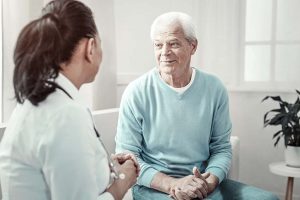 Some mild problems with memory are likely during aging, but Alzheimer’s disease is no normal aspect of this process. The disease degenerates human brain cells over time, causing memory loss, changes in human thinking, and confusion.

Alzheimer’s disease patients may have symptoms such as trouble finishing familiar tasks and solving issues as well as forgetfulness interfering with their daily lives. A case of usual memory loss entails forgetting a term and recalling it later. Having trouble holding and understanding conversations is a sign of Alzheimer’s disease.

Alzheimer’s Disease Affects Only The Brain

The process of brain cells getting degenerated is among the characteristics of this disease, but it can also induce physical changes. The functions of the human brain are associated with the other body parts, so Alzheimer’s disease can gradually induce stiff muscles, weakness, fatigue, sleep cycle changes, seizures and incontinence.

It Is Not A Fatal Disease

It Only Impacts Older Adults

While dementia and Alzheimer’s disease symptoms usually start after people turn 65, there are cases of younger-onset Alzheimer’s. It tends to be overlooked as it is uncommon. Doctors are unaware of the reason for Alzheimer’s disease in younger people, but it is a genetically inherited condition in some cases.

When Should You Worry About Your Senior Parents?

Senior Living Option For A Spouse In Need Of Care

Can Stress Lead To Dementia?

Questions To Ask While Touring An Assisted Living Community