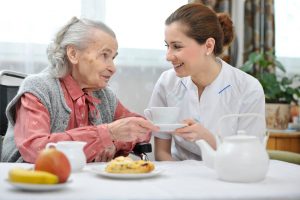 As per a new study, the act of prescribing antipsychotic drugs in skilled nursing facilities and assisted living locations has increased marginally since the start of the epidemic. The findings pose concerns regarding the impacts of coronavirus on the health outcomes and standard of care for assisted living home residents. The study authors never separated the discoveries by setting.

The industry has been looking to reduce off-label utilization of antipsychotics for the residents. The Joint Commission launched an Assisted Living Community Accreditation Program in 2021, which uses medication management as its performance measure. The Quality Initiative of the National Center for Assisted Living also accounts for the utilization of antipsychotics as part of its criteria.

Highest At The Start Of The Epidemic

As per the study, the first four months of the epidemic saw the highest increase in the dispensed prescription count. At that time, researchers noticed that long-term care (LTC) facilities were facing disproportionately high coronavirus infections and fatalities, as uncertainty stayed about not only the virus but also infection control steps. The researchers stated that an insufficiency of PPE and staffers, as well as government requirements for social distancing, compounded the situation.

As for the authors, those additional challenges disrupted the level of care in several LTC facilities, which likely impacted the mental, behavioral and physical health of residents. That impact may have extended to care practices, which include the act of prescribing the drugs.

After the initial rise, the quarterly antipsychotic prescription count dropped to almost what it was before the epidemic, despite reducing the overall LTC facility occupant census.

The investigators discovered that the prescription count concerning some of the most frequently recommended antipsychotics in LTC facilities went up over the last two years.

Aripiprazole for schizophrenia treatment had the highest increase in that time as compared to 2019 levels. The drug has also been utilized in LTC facilities to treat psychological symptoms related to dementia as well as chronic conditions, which include bipolar disorder and mental depression.

The increase in antipsychotic prescriptions in LTC facilities over the epidemic years, not only raises concerns but also requires further research into the following.

When Should You Worry About Your Senior Parents?

Senior Living Option For A Spouse In Need Of Care

Can Stress Lead To Dementia?

Questions To Ask While Touring An Assisted Living Community